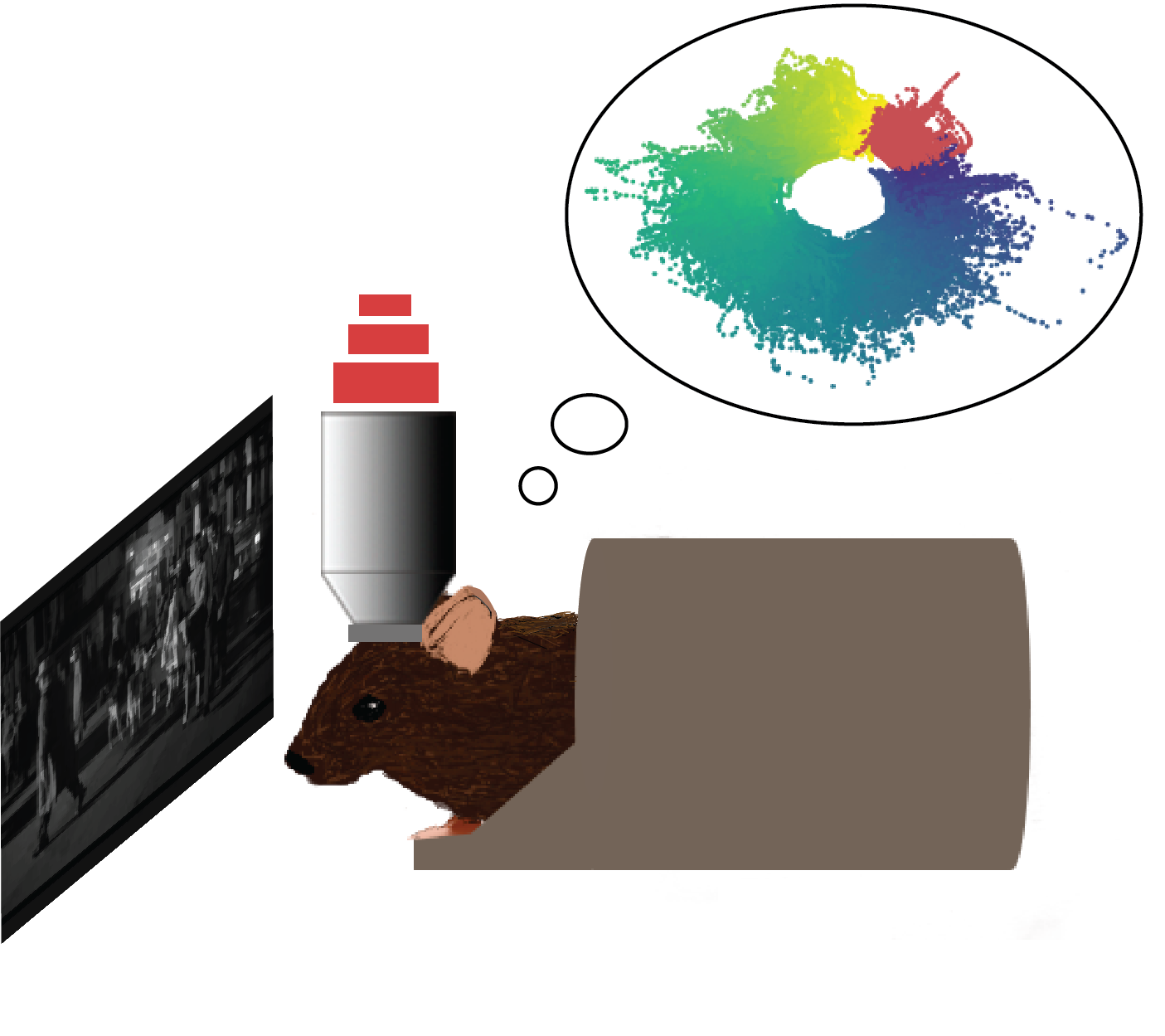 Single neuronal responses to a repeated naturalistic movie drifted across weeks. However, by applying a dimensionality reduction method (Isomap) and an unsupervised learning method (SPUD), we extracted a stable one-dimensional representation of time in the naturalistic movie from population activity across weeks. Further analysis showed that the stable representation was mediated by the precise timing and coordinations between episodic activity in single neuronal responses.

Mixed representation of stimulus-driven and -independnent variables in single neurons 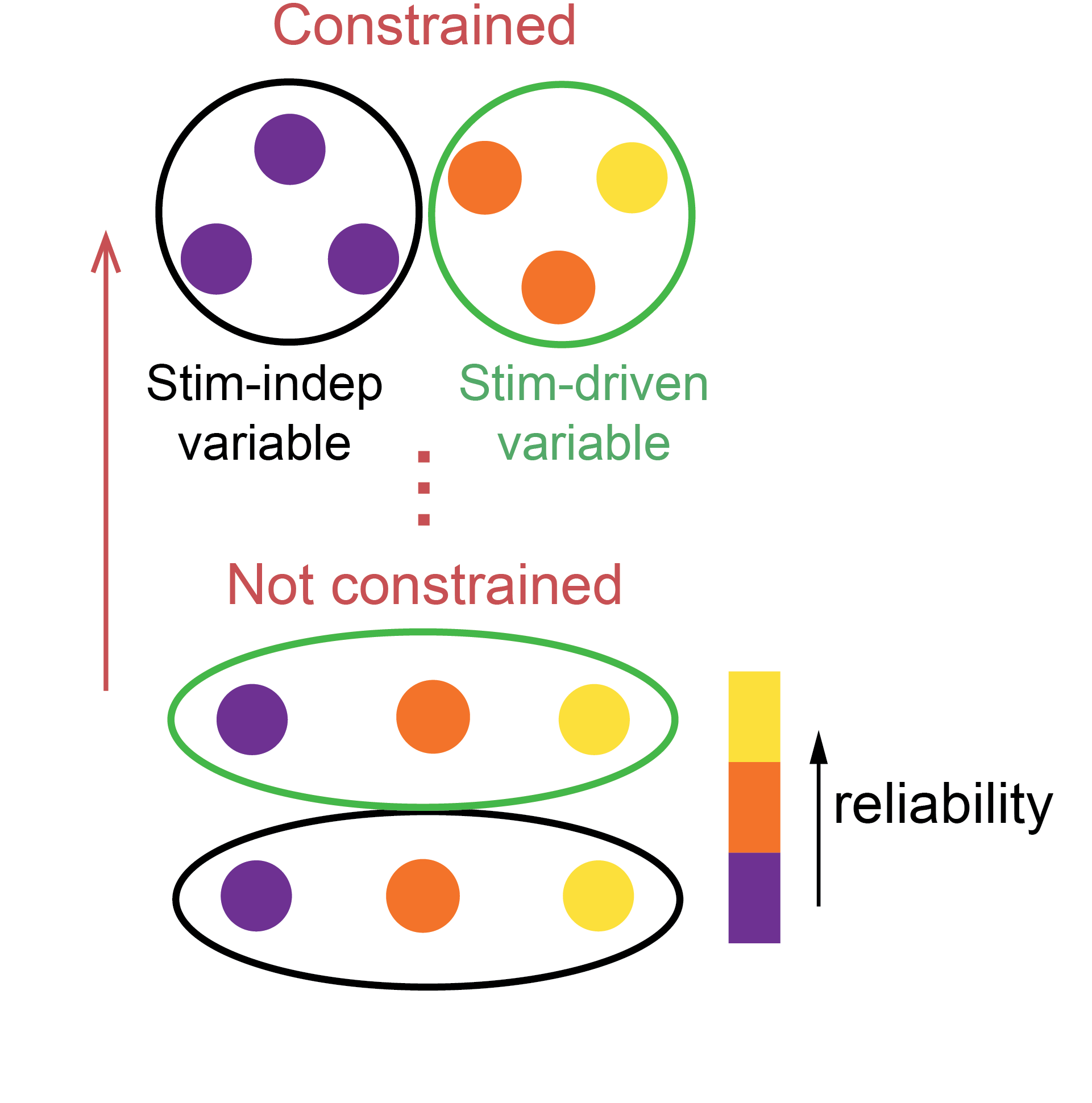 Most of the neurons in visual cortex have highly variable responses from trial to trial during repeated visual stimulation. It is not clear how those neurons contribute to encoding different variables. Using a multi-way analysis method (TCA), we extracted two types of latent factors shared across neurons:

We found that a single neuron's response reliability imposes only a weak constraint on its encoding capabilities.